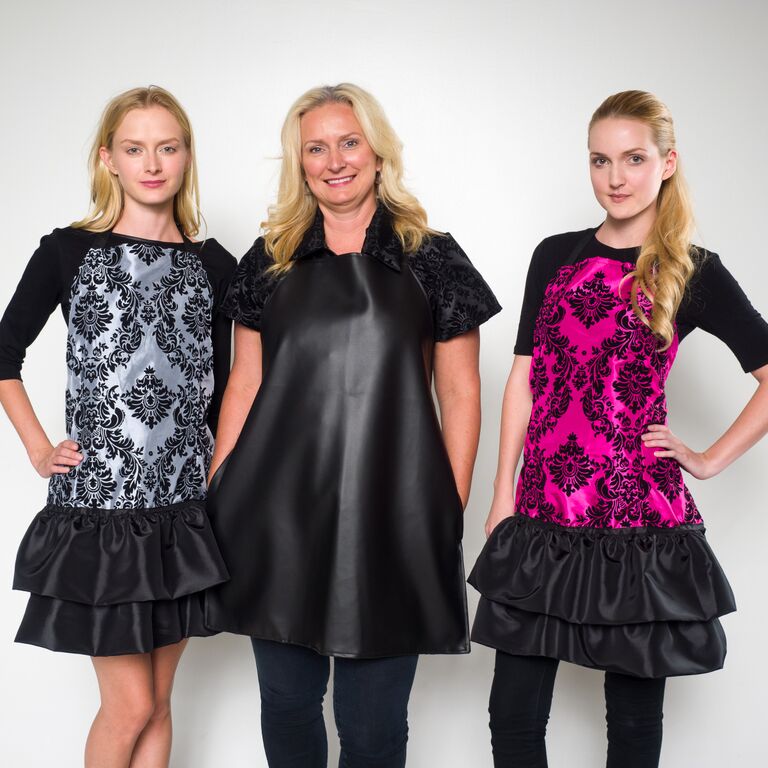 Angelina Lalau started Angels Grooming Apparel in August 2015 with a desire to provide fashionable, yet functional, grooming wear to groomers all over the world.

After seeing what was available in the market, Angel met with local designers to develop a new line of high-end, designer grooming apparel.  She took feedback from local groomers and worked closely to finalize the new line – making sure everything was made of the latest fabrics and highest quality.  She also wanted to keep everything local – and all garments are made right in downtown Los Angeles.  The entire line is designed and fabric was selected to be inter-changeable and create sets of jackets/vests and aprons.

Angels Grooming Apparel was named “angels” for three reasons: (1) Angel is her name, (2) the garments are made in Los Angeles (the City of Angels) and (3) she has an “angel” of her own – her German shepherd named Drew.